For years I have qualified my faith in God… and I am willing to consider I have been wrong. In order to realize why this has something to do ethics and health care, consider this. What is ethics? Ethics, also known as moral philosophy, is a branch of philosophy that involves systematizing, defending, and recommending concepts of right and wrong behavior. Where do those recommendations come from? The answer is far more than a technical definition can provide. Since I write about ethics in health care, I need to know where mine come from. To see both sides of an issue and propose an ethically correct perspective requires me to be mindful of my own beliefs about what is ethical. More importantly, to have my opinions be meaningful to you I must ensure you know where they come from.

I was raised Catholic, but pretty much walked away from that church once I became an adult. I retained an ethical and moral code, telling myself that it was simply because I felt it was right. Most of that code came from my parents, who taught me what was wrong and what was right. For them, there were very few gray zones of uncertainty, but they lived in a different time than we do now. Even though I no longer considered myself Catholic, there were plenty of times when I prayed to God for help, and I felt that sometimes he answered those prayers. One example is when my companion dog Isis got sick.  I asked God for a few months more with her. I bargained, I promised Him I wouldn’t let her suffer. Months later when she showed the first signs of discomfort from the cancer I took her to my vet and put her to sleep by my own hand.

In 2006 my life was changed forever. Sitting by my wife’s side in an ICU for weeks, then months…  I prayed.  I prayed for her to recover. She didn’t recover, but she survived. I prayed for her to not have lost all that made her the person I loved. She lost a lot, but she felt she was the same person.  Later at home, I sat by her side and prayed some more for almost three years. I prayed for her not to suffer. She was in pain all the time for three years, until she ended her life. With that her suffering ended.  Was I to be thankful that she survived, that she felt she was the same person, or that she found the strength to let go of her life? I was not.

After she died, I was angry with everyone, including God. Especially God. I’d lash out at anyone who said “She’s in a better place now” or “God needed another angel so he called her to him”. Fueled by rage and grief I would respond “How dare you presume to think she was someplace that was better than by my side?” and “Does not GOD have enough angels already? He has so many he has been known to cast them out!” 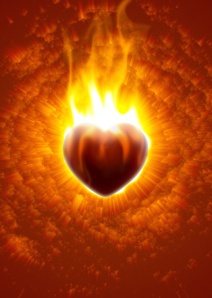 I was furious with God. Had he not heard my prayers? Why had he let her suffer to the point where she felt she had to die? Why had he not helped her, given her comfort, healed her? Where was the miracle that restored her brain so she could move again? Why had he let so many of our friends turn their backs on us because they could not face her suffering?

In my grief I was angriest at myself. Grief almost killed me.  I had put my grief on hold for three years to take care of her. I delayed grieving for the loss of my partner, the loss of intimacy, the loss of unconditional support and love I had received from her for 25 years. I had waited for her to die, I felt she would die when the cancer returned or a complication set in that we could not handle in home ICU.

I had delayed grief overlapping with anticipatory grief and I didn’t dare let take hold because I felt she would see it. I didn’t even let her see me cry for most of that time, until near the end. Then I had grief from guilt because I could not help her find enough meaning in what was left of her life to want to go on living. Yet I was still here… survivor’s guilt. So, for many months after she died I drank myself into a near coma every waking moment.  It dulled the pain.

Then I forgave myself. I stopped drinking and started studying to become a health care advocate. I enrolled in school and started working on a Master’s degree. I let myself make friends again, and reached out to many I had turned away from while grieving.  I forgave those I had condemned in my mind for not being there for us when Lyn was dying.

I found that I could forgive myself because as my pain subsided I realized I had done all that I could to ease her pain. I had dedicated almost three years of my life to caring for her, three long years of tube feeds, catheter changes and bed baths. I had acted selflessly, out of love for Lyn, even when she decided to stop eating and drinking. I told her it was ok, that I understood why she had to go, and helped make it as easy for her as I could. Once I understood and believed that, I could release some of the grief and find forgiveness for myself.

I found I could even forgive the ones who weren’t there for us during our time of need.  I realized everyone holds themselves accountable for those kinds of things and they carried their own guilt for that, just as I was carrying mine. I had learned that personal guilt is far heavier a burden to carry than anger from another, and by forgiving them I could lighten their loads… so I did. Yet no one could lighten my load except myself.

Now all that’s left is to forgive God, and that’s the tough one. For me, my anger at Him comes from my own disappointment.  I never really expected a miraculous cure, that one day we’d wake up and find a third of her brain had regenerated itself and she could walk by my side again.  It would have been nice, but reality is reality. I just did not expect His silence.

Now I have repurposed my life to become an advocate for those facing what Lyn faced.  I find I can write about the ethical issues that confront those in health care, one of the largest industries in this country where literally billions of dollars are made every day because human beings have weaknesses and frailties. Ethics is how we all decide what is right and what is wrong. In health care, ethical issues confront all of us every day. They surround life and death issues ranging from contraception and abortion to euthanasia and medically assisted suicide.  Our society tries to codify the correct choices into laws that affect quality of life as well, ranging from medical liability, access to care and cost controls.

As I write this, the US Supreme Court is trying to decide whether Congress exceeded their authority when it passed the Affordable Care Act a couple of years ago, and their decision will have far reaching impacts on the health of many people in this country. So clearly ethics are the cornerstone of our health care system. Most hospitals even have internal ethics committees made up of their wisest care providers who attempt to make decisions regarding the ethical issues that arise in their patient’s care.

Yet how do we know what is right and what is wrong?

Where do we find the moral imperative that helps us decide? For many people, it is their religious and spiritual beliefs, which come from a deep seated belief in God, and that’s where His silence comes into play. We cannot simply ask him for answers. After all, it’s not like God has a Facebook page where we can just send him a message. Yet imagine for a moment if he did.

I can see it in my mind, a page on Facebook where everyone sees what they believe is God.  The picture each person sees is the one they imagine in their minds eye when they think about God. Some see an old white man surrounded by clouds ready to strike down evil with lightning bolts, some see a bearded young male who died on a cross to save us all from original sin, some see an earth spirit that created the universe and those who live in it, and some just see that blank outline face every Facebook account starts with.  He doesn’t ‘post’ anything, for that would end his mysterious appeal. So no hymns from YouTube appear on God’s wall. He has no ‘likes’, because that would make him judgmental. He doesn’t ‘check in’ when he goes out to eat, for he is everywhere at the same time.  He lets us all comment on his wall, but he never responds. And he has no privacy settings, so anyone who wants to see his timeline can see everything there. And he does not have a farm in Farmville. He is a bit too busy for games that ‘simulate’ life. After all, he owns the original version.

I think that God’s ‘About Me’ page simply says:

I am God.
I made you,
so worship me if you choose.
I have given you free will,
so use it to make good choices.
I have given you all a conscience,
so you know right from wrong.
Listen to it,
and you shall find Me.

It really is that simple. Our sense of ethics that helps us decide what is right and what is wrong is instilled in our very core.  We were made this way for a reason.  Ethics are about the choices we make… not what we say, but what we do.  Ethical choices are how we define our own perspective of what God is to each one of us and how we choose to show the world what that perspective is.

The Devil may be in the details, but God is in the choices we make.

It is hard sometimes to know what the right choice is, but it is far easier to see which choices are wrong. For me, that’s enough for now. I will still work on forgiveness for His silence, but I am pretty sure that problem lies in my expectations, not in what I have wrongly seen as a broken promise. I forgave myself when I realized I had done all I could. I forgave my absent friends once I understood why they made their choices and I could let go of my anger towards them. If I can never understand why God makes the choices he does, I may not be able to forgive him.

To sum it up, I will walk with Him. I will listen to His words. I will look to his teachings when I need to decide between right and wrong and my moral compass is spinning wildly. But… I am not ready to forgive him.

And I am betting He is okay with that. I am, for now.

“From the end of the earth will I call unto thee, when my heart is overwhelmed:
Lead me to the rock that is higher than I.”  – Psalm 61:2